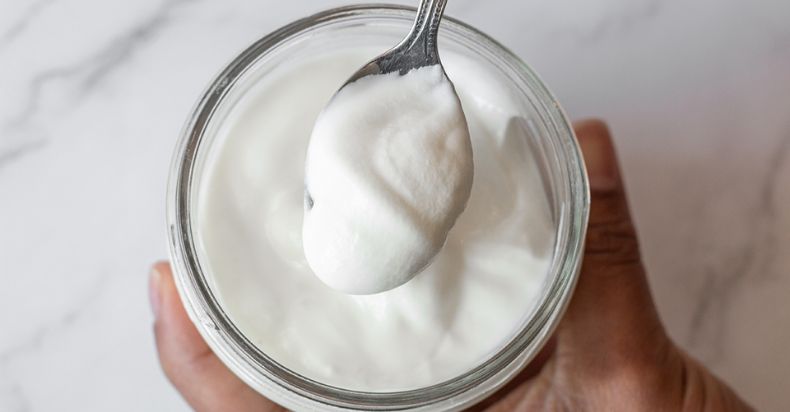 Greek yogurt, also known as strained yogurt, is a popular yogurt arround the world. In fact, yogurt is one of the oldest foods in history.

This yogurt is often eaten plain or as a dip and can be used in cooking and baking, or as an ingredient to make creamy and healthier versions of different dishes.

But is it vegan friendly? And if it is not, is there a vegan version of Greek yogurt? Well, that is what we’re going to check in this post. Stay tunned.

We all know the regular yogurt, so what is the difference between yogurt and Greek yogurt?

Greek yogurt, sometimes called “yogurt cheese”, is a type of yogurt made by straining the whey (the liquid component of milk) from the yogurt curd.

This process makes it thicker and higher in protein than regular yogurt. This is the primary difference between Greek yogurt and traditional yogurt.

Greek yogurt has a tangy, creamy texture and usually has less sugar content and less liquid.

The traditional greek yogurt is made from cow’s milk, sheep, goat, or buffalo milk.

So, is this yogurt vegan? Unfortunately, NO. Greek yogurt is not vegan friendly.

Traditional Greek yogurt is not vegan because it is made from cow’s milk or other dairy milk.

Vegans avoid all animal products, including dairy products. But, since it’s made from cow’s milk and dairy is part of a vegetarian diet, Greek yogurt is vegetarian.

However, there are vegan versions of Greek yogurt made from vegan ingredients such as soy, almonds, coconut, oats and are fortified with vitamins and minerals to mimic the nutritional benefits of dairy-based Greek yogurt.

Is There a Vegan Version of Greek Yogurt?

Yes, there are vegan versions of Greek yogurt made from plant-based ingredients.

These vegan Greek yogurts are typically made by blending and straining plant-based milk to create a thick, creamy consistency similar to traditional Greek yogurt.

These vegan version are fortified with vitamins and minerals, such as calcium and probiotics.

So, you may ask, what is a good vegan substitute for Greek yogurt? Well, here’s the answer.

There are several options for vegan Greek yogurt substitutes, which can be made from a variety of plant-based ingredients. Some popular options include:

It is important to note that these substitutes may not have the exact same taste, texture and nutritional value as dairy greek yogurt, but they can still be a good alternative.

Here’s a list of vegan Greek yogurt brands that you can find in most market.

There are several vegan Greek yogurt brands available on the market. Some popular options include:

These are some of the well-known brands that make vegan Greek yogurt, but there may be other brands available in your local area, so it’s worth checking the grocery store near you.

Please note that is always recommend to check the ingredient list and nutritional information before consuming any products.

But, to make sure that your Greek yogurt is vegan friendly, why not make it at home. Here’s how.

Here is a simple recipe for making vegan Greek yogurt using soaked cashews as the base: 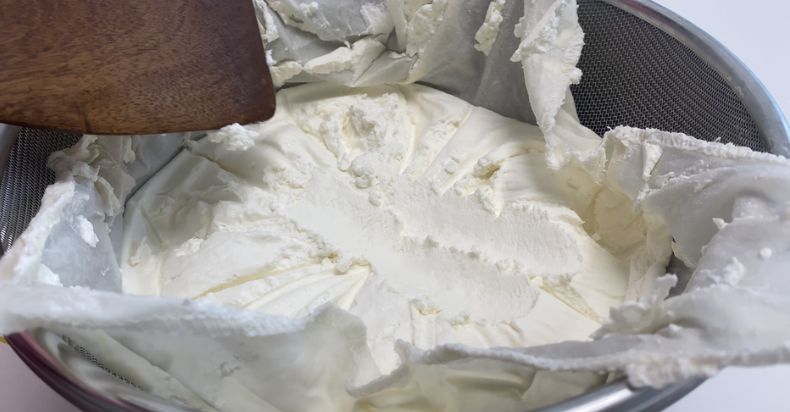 You can use other nut milk or plant based milk instead of cashews, like almond, coconut or soy milk. You can also add thickeners like agar agar or guar gum to achieve a thicker consistency.

Greek yogurt is not vegan friendly. However, there are some vegan greek yogurt brands that you can enjoy.