Home » Vegan Lifestyle » What Do Vegans Put in Their Sandwiches? A Guide to Vegan Sandwich Fillings 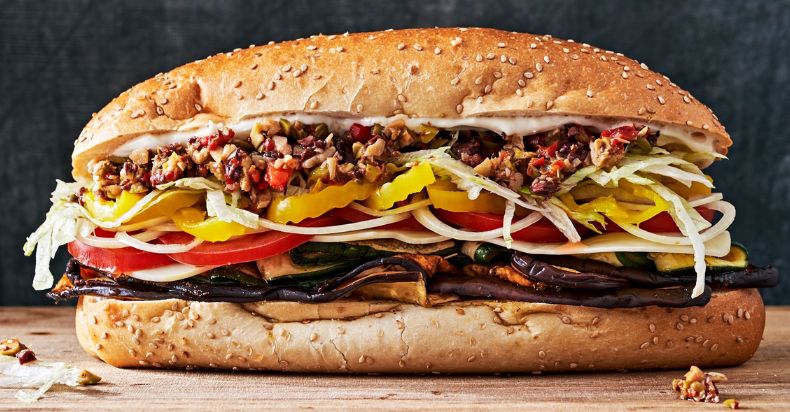 If you are in need of some inspiration with your sandwich life, you’ve come to the right place! Get creative with the following guide to vegan sandwich fillings, spreads, and combo ideas.

If cheese, ham, mayo, and other animal based foods are out, what do vegans put in their sandwiches?

While this question sounds funny to me now, it wasn’t so amusing when I first became vegan and thought my sandwich days were over.

Little did I know that a whole world of vegan sandwiches, based on cruelty-free options, would open up to me on my vegan path.

Since becoming vegan, my sandwich world has expanded far and beyond the standard, unimaginative and repetitive sandwich choices we’ve all grown accustomed to, I’ve discovered a world of great variety, flavors and textures.

Mayo? Cheese? Meat? Eggs? Who needs the cholesterol laden products of animal cruelty when there are so many alternatives that are either similar in flavor, or present a healthier, more creative, and tastier option?

Try the classic hummus or less conventional bean and legume spreads such as red bean spread, black bean spread or lentil spread. Soy-based soft cheese and vegan mayo are versatile choices that can be combined with many other fillings as well.

There are so many nutritious nut and seed butters available, from the familiar peanut butter and tahini to almond, walnut and cashew butters and beyond.

Ever tried a nut based cheese? Those are delicious!

And don’t forget the old mustard and mustard spreads, which are made from seeds as well!

The following are all great vegan choices for us sweet tooth people in the crowd:

Supercharge your sandwich with these great fillers.

If it’s mock meat and mock cheese that you are looking for, then there are plenty!

You can even fill your sandwich with vegan “egg” substitutes such as scrambled tofu, or chickpea flour omelet, or this one here.

Grilled portabella mushroom, potato salad, vegan coleslaw, antipasto (eggplant, yam, and zucchini slices baked in the oven), and vegetable stir-fry – can all be a great filler in your vegan sandwich!

For the finishing touch try the likes of:

Used right, they all can make a great addition.

So you’re probably feeling hungry by now, here are some ideas to get you started but really the only limit is your imagination!

So there’s no need to have a mundane lunch, why not challenge yourself to make a different vegan sandwich every day for a week and see what you can discover.