Home » Is It Vegan » Are Moon Pies Vegan? Can Vegans Eat Moon Pies? 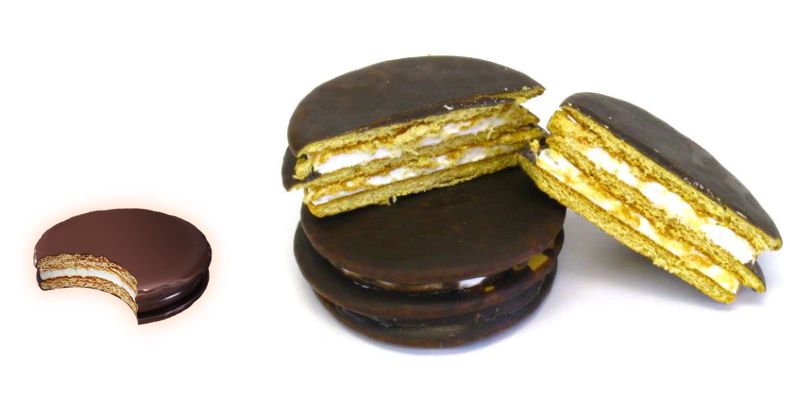 What are Moon Pie made of? Are they vegan? Let’s find out. Today, we’re looking at whether vegans can eat Moon Pie or not.

Moon Pie is a sweet southern snack that originated back in 1917. It is made from two round graham cookies, with marshmallow filling in the center, dipped in a flavored coating.

Are Moon Pies Vegan? No. Moon Pie are not vegan. They typically have butter and milk, and the marshmallow filling has gelatin. So they’re not suitable for both vegans and vegetarians.

What Kind of Gelatin Is In Moon Pies?

According to there website, they use porkskin gelatin( a protein product produced by partial hydrolysis of collagen rich pork skins)

Not. Moon Pies are not halal.

They contain gelatin, a product forbidden by the islamic religion.

Moon Pies are not vegan.

They contain animal derived product such as milk and gelatin.

These ingredients are not allowed in the vegan diet.