Home » Is It Vegan » Are Timbits Vegan? The Vegan Options at Tim Hortons (Updated 2022) 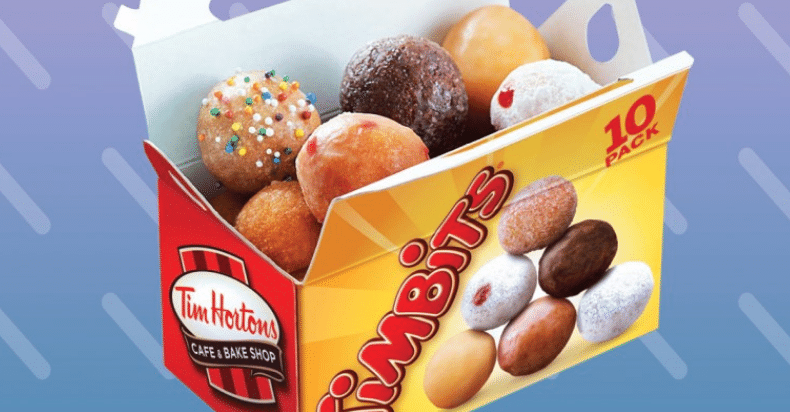 What ingredients are in Timbits? Are Timbits vegan? Let’s find out. In this article we will discover the Timbits ingredients and see if vegans can eat them.

It is a brand name from Tim (the name of Canadian hockey player Tim Horton, and the doughnut shop chain he founded, now Tim Hortons) + bit.

The bit in Timbit is an acronym for Big in Taste, which is an original campaign slogan from the 1970s. In Canada, people prefer to use the generic term doughnut holes or trous de beigne instead of timbits.

Are they vegan? Are Timbits vegan? Unfortunately NO, all of Tim Horton’s donuts contain dairy products making them not suitable for vegans, and the cake ones have eggs as well.

Timbits are made with these ingredients:

What Can Vegans Eat at Tim Hortons?

Do Timbits Have Eggs?

As Tim Hortons use the Robin Hood cake and yeast doughnut mixes, there is egg powder in the mixes, eggs add lightness and flavour, so you would want to avoid them

In fact most brands you find in the supermarket bread aisle and doughtnut shops do use egg.

Doughnuts are usually made from an enriched dough. Enriched here means added milk, eggs and oil.

Tim Hortons Timbits are not vegan. They contain dairy products making them unsuitable for vegans. In fact none of their donuts/timbits are vegan.