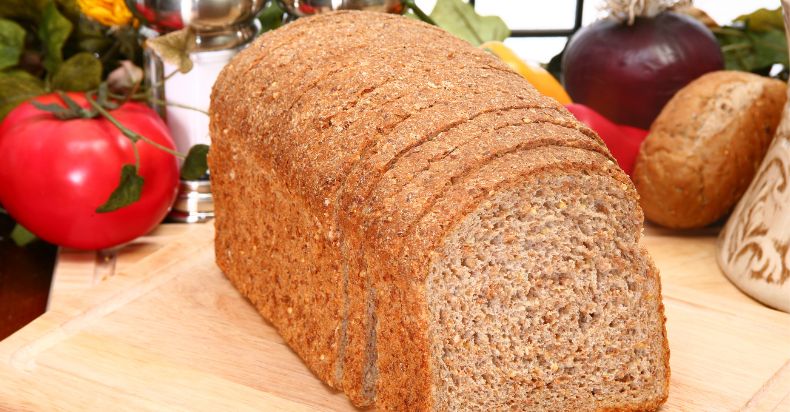 Ezekiel bread is sprouted whole grain bread that is made by sprouting a combination of whole grains and legumes(such as millet, barley, oat, lentil and soy) to create a nutrient-dense bread.

This Bread, made from an array of grains and legumes, can provide a complete set of amino acids, the building blocks of proteins.

The ingredients in Food For Life’s Ezekiel Sprouted Whole Grain Bread are:

Is it vegan? Is Ezekiel Bread Vegan? Yes. Ezekiel Bread is vegan. It does not contain any trace of animal derived products. It is suitable for both vegans and vegetarians.

What Are The Benefits of Eating Ezekiel Bread?

Ezekiel bread is the most recommended vegan bread available because it is truly 100% vegan, organic, contains sprouted grains and legumes, has more nutrients, holds less sodium, and is better for your health than any other bread.

Because it’s completely plant-based and doesn’t contain any dairy or eggs, vegans can eat Ezekiel bread. And diabetics can enjoy it without risking a sugar spike because it’s low on the glycaemic index.

Although the gluten content may be decreased with sprouted grains, Ezekiel Bread still contains gluten.

Even if it is marketed as containing no flour, Ezekiel Bread is not gluten-free.

If you are on a gluten-free diet for health reasons (celiac disease or gluten intolerance.) or other reasons, you will want to consider finding an alternative bread option.

Ezekiel Bread is considered quite healthy because it contains only whole grains and legumes, plus it doesn’t have any added sugar.

The following nutrition information is provided on the Food for Life website[1] for one slice (34g) of Ezekiel 4:9:

Ezekiel bread do not contain any trace of animal derived products( butter, eggs, or milk).

In fact, they contain nutrients (proteins and iron) that are deficient in most vegan foods.