Home » Is It Vegan » Is The Impossible Whopper Vegan? 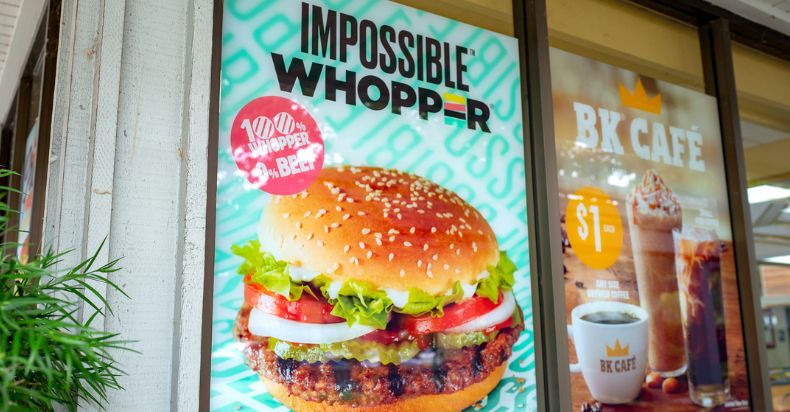 The Impossible Whopper is popular sandwich offered by the fast food chain Burger King. It was first introduced in April 2019, and by August of that year, it was available in all 7,200 of the chain’s locations in the United States.

But, is it vegan friendly? Well, the answer is not that simple.

Let’s start with the ingredients.

What Are The Ingredients In Impossible Beef Made From Plants?

Please note that these ingredients may vary depending on the location and the supplier.

Now, let’s go back to our main question “is the Impossible Whopper vegan? “.

Is The Impossible Whopper Vegan?

The Impossible Whopper is considered vegan friendly if ordered with specific requests.

Based on the ingredients we listed above, you may assume that it is suitable for vegans, however, the burger is prepared with mayonnaise and cooked on the same grill as other burgers.

While we can confirm that no animal-derived ingredients are used in the production of Impossible Burgers, it is not suitable for vegetarians or vegans unless specific requests or modifications are made for it to be prepared in an oven instead of on the grill and to exclude certain toppings.(ordered without mayonnaise).

The fast food chain Burger King also notes that customers looking for a meat-free option can request a “non-broiler method of preparation.”

Chris Finazzo, Burger King’s president in the Americas region, said that Burger King’s Impossible Whopper would be cooked in the same broiler where regular meat products are also prepared, unless a customer requested it be made separately.