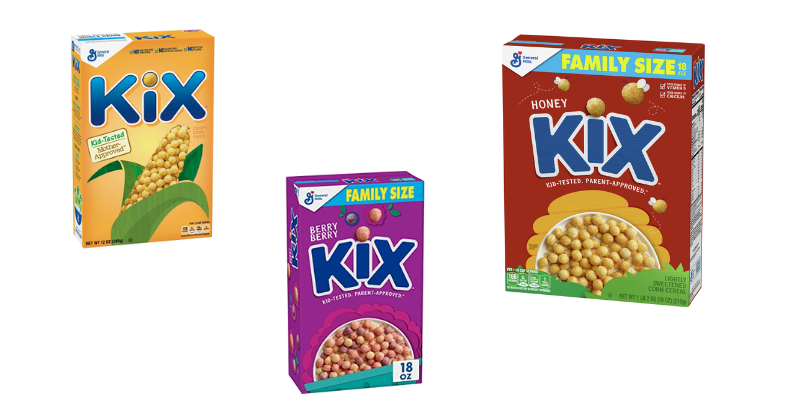 Is Kix Cereal Vegan Friendly? Did you ask yourself if it is vegan approved. Well, today, we are going to dig into the Kix Cereal ingredients and get you the answers you need to determine if this cereal is suitable for vegans.

Kix is an American brand of breakfast cereal introduced in 1937 by the General Mills company of Golden Valley, Minnesota. The product is an extruded, expanded puffed-grain cereal made with cornmeal.[1]

Kix Cereal is made by processing and expanding the grain, then water is added and the corn is pulverized. Kix are cooked in the extruder, when the dough is formed into the desired shape by extrusion through a die.

Is it vegan? NO. Generally speaking, Kix Cereal is not vegan. The only controversial ingredients in Kix are sugar and vitamin D3, which are a red line for vegans.

Keep reading to find out why Kix cereal is not considered vegan!

The 2 ingredients that are not considered vegan are: Sugar & Vitamin D3 and here’s why!

The answer lies in the sugar’s coloration. Granulated white sugar isn’t pure white on its own, and oftentimes, the refining process of sugar involves the use of bone char. Although white sugar doesn’t contain bone char, it is decolorized with the ingredient to achieve the white hue.

Why Is Vitamin D3 in Cereals Not Considered Vegan?

The vast majority of vitamin D3 added to supplements and foods these days is not vegan.

Many vitamin D supplements aren’t vegan because they rely on animal-based sources of vitamin D3 such as the skin of fatty fish and lanolin from sheep’s wool.

This is a shame, because vegan vitamin D3 can also be derived by an algae-like plant called a lichen, which is what vegan vitamin.

Kix cereal does not contain milk, lactose, or any other dairy products.

All of the Kix cereals – original Kix, Honey Kix and Berry Berry Kix – do not contain gluten ingredients.

Note that unlike General Mills’ recently reformulated Chex cereals, none of the Kix cereals are specifically labeled gluten free.

Kix Cereal is not vegan friendly. It contains two ingredients that are not vegan.

Note: we always strive to make sure the information about the products is always as accurate as possible. However, because products are regularly improved, the product information, ingredients, nutritional guides and dietary or allergy advice may occasionally change.

As a result, we recommend that you always read the label carefully before using or consuming any products.